Refinancing: Is It in Your Best Interest?

Mortgage lenders are now offering substantial “holiday discounts” to reluctant shoppers who still haven’t taken advantage of the unbelievably low interest rates on mortgage loans. This can be a benefit, but there is often a catch. 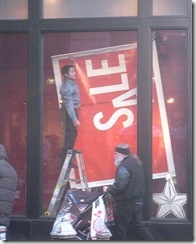 Banks and credit unions alike are rolling out the big offers during the month of December, offering waived closing fees, discounts, and other deals to convince individuals to obtain a mortgage loan. Capital One, for example, is providing waived closing costs to customers who refinance, which could provide an average of more than $3,000 in savings. Quicken Loans, an online lender, offers a guarantee of the lowest rates in the future if the interest rates continue to drop, with no additional fees for refinancing or closing costs.

Since many of these bargains are targeted to refinanced mortgage loans, the incentive is not as high for new home buyers, but banks report that only 20 percent of mortgage customers are new loans. Some lenders are offering additional incentives for these customers, such as discount points, in which the borrower pre-pays the interest in order to secure a lower rate.


Read the Fine Print Before Signing

Many of these deals actually are offered in order to take attention away from higher interest rates or may require a higher down payment in order to offset the costs of waiving closing fees or other large sums of money. LendingTree.com is currently offering interest rates below 4 percent for a 30-year fixed mortgage, where some of these lenders are offering almost 5 percent. However, banks argue that the purpose of these deals is simply to attract new customers and help them take advantage of the low rates. Online lenders are often the cheapest, since they don’t have as many overhead costs involved with running and maintaining multiple branches. 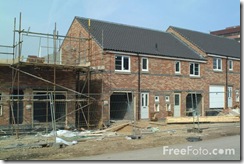 Those who are current homeowners may struggle with making the payments on time, especially for those who might be enduring difficulties during the difficult economic situation. For this and other financial emergencies, customers can utilize payday installment loans in which the money is loaned as a short-term fix until the next paycheck comes in. Instead of accruing late fees or dings to the credit score, borrowing the money to make a payment on time can be a great alternative.


Always Go for the Lowest Rate

No matter what discounts are being offered, the bottom line is that the lowest cost in the long run is through a lower interest rate. Waived closing costs might be beneficial to home buyers who do not have a large chunk of cash to pay. But on a $275,000 loan in the 30 years that the mortgage loan will be outstanding, even a difference of just 1 percent on the interest rate would result in more than $40,000 in total costs.

Email ThisBlogThis!Share to TwitterShare to FacebookShare to Pinterest
Labels: Finances