What The World Expects From Science: Teleportation and Endless Batteries

When it comes to technological advancement, there’s no obstacle to scientists ambition of offering us the newest and the best performing gadgets and devices. Everybody is talking about teleportation, and in 2007, Forbes Magazine listed it the first thing science should invent as soon as possible. Now we don’t actually have the means to teleport on a regular basis from our bedrooms directly to our offices, but impressive progress has been made in this regard. When the fuel problem became itchy for almost every government on the planet, alternative fuel research and conceptual cars were soon developed. We may not ride flying vehicles yet, but we do have the HXO car, which is so eco friendly and so intelligent, it still looks like a concept fished from a sci – fi movie.

And what about the 3 D printer, this golden champion of the present, which can reconstruct mummies in tombs, print a real fully functional gun and in a few years will print transplantable viable internal organs? We live and out passed Star Trek and Star Wars, while we still need science to give us some more… simpler inventions, not for the sake of humankind, not in the purpose of space exploration or the repair of the ozone layer, but for our personal, small comfort and pleasure. There are some things that are missing but think about it this way: if someone listed them somewhere, chances are we’ll have them on the markets in the future. 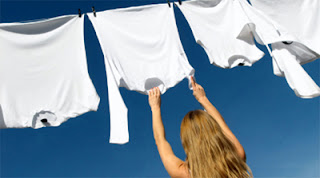 The advancements in washing machines are impressive, but what if we would just save the money for buying the latest, eco – friendliest, most efficient washing machine and save the world tons of water with self-cleaning clothes? Too farfetched?Not at all! Thanks to nanotechnology and Chinese inventors, there appears to be some progress on manufacturing clothes that get cleaned by themselves when exposed to sunlight. Now that would change the face of the world! Self – ironing clothes when exposed to… air? Who knows, maybe we’ll live enough to see this coming true. At least people at Invention Help would pay good money for.

2.    For our infinite pleasure – long lasting flavors
We love flavors. We add flavors to practically anything that is good to eat, drink, chew or inhale. We put chili on chocolate, strawberries in coffee, pina colada flavors in our blu cig refills, melon on our chewing gum. We are a species that experiments with tastes, combinations and extracts and we made a real art out of this. So is it too much to ask that our flavors don’t disappear in the blink of a chew? It would be bad for the chewing gum industry to create everlasting gum flavor, as this would ruin the market, but at least can we have long – lasting flavored chewing gum? Let’s say it would last for a day, not only for five minutes. This is a serious issue, apparently, at least for the people over at Invention Help, who list long lasting flavored chewing gum among their top ten wishes, while if you check the electronic cigarette users’ forums, you’ll see they have created their own e-liquids combining flavors and tastes that would shame even the most experienced chefs in the world.

3.    For the sake of our lives – everlasting batteries
We have solar charging phones now. Even solar charging laptop bags that charge the laptop battery. We have the supercapacitor for a boost of electricity to last us a long time. But what we really want, or people say they do, is an everlasting battery. One that doesn’t need to be replaced or recharged. One that maybe recharges itself from thin air or something. A battery that won’t need another set of accessories to make it work. A battery that once put in function, doesn’t need maintenance, financial investment or alternative back up plans in case it wears off. A type of battery to fuel our phones, tablets and laptops.Something that would save the environment, the effort and the money of us all. Some type of battery that Patrick Naumann from Abb Conversations would offer himself a Nobel Prize for.